For nearly 100 years, the Hall family has been leaders in the iron casting industry.  In the 1920’s, Alfred J. “AJ” Hall started as an apprentice molder and eventually started his own foundry in Northeast Pennsylvania. Following in his footsteps, his son, Alfred B. “Fritz” Hall took over as president and owner of Benton Foundry in 1975.  At the time, only 22 tons of iron were poured during four hours each day, but Fritz had a vision and a passion that couldn’t be quenched.

When Fritz’s son Jeff joined the organization in 1990, Benton Foundry was pouring 80 tons per day and plans were in place to continue to add capacity.  The idea of a mass-production approach to the intermediate volume market was starting to materialize.  Most small jobbing foundries did not have the financial strength or desire to reinvest in the necessary equipment to modernize and prosper.  Benton chose the path of total reinvestment of profits into a multi-decade capital improvement program recently completing the eighth consecutive 5-year plan.

Today, Benton Foundry is a state-of-the-art, fully-automated facility that pours approximately 175 tons of gray and ductile iron per day, with expansion plans to pour 250 tons per day.  Where other foundries have shunned core room expansion, Benton has made it a focal point.

Benton Foundry is a progressive organization that does not subscribe to the usual quarter-to-quarter mindset, but rather to a series of strategically thought out 5-year plans.  This explains why, since 1975, Benton Foundry has enjoyed consistent growth and has never had a losing year financially.  We strongly encourage visiting our facility to better appreciate this 40-plus year effort. 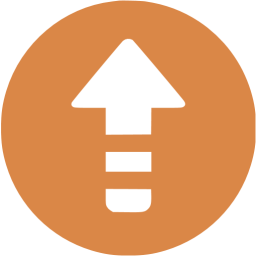